Were you born on April 14th?  How about the 4th or 14th of any month? Do you like treasure hunts? How about time travel theory? Then you'll love this!

http://intagliopictures.com/41471.html
Posted by The Lady of Shalott at 9:08 PM No comments:

Most of these events have been turned into major motion pictures. For detail, watch the video above, Clues Embedded in History.  April is the first spring month and was named by the Romans in the first century. So, for dates earlier than the first century, we use the Jewish calendar and the most reliable history book on earth: the Bible. 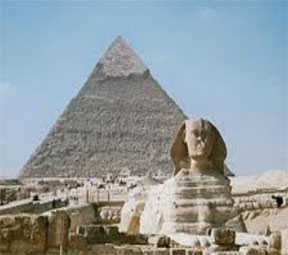 14th of Aviv (or Nisan) 1491BC
The Original Passover occurred at "midnight." 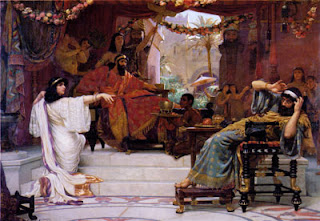 14th of Adar 473 BC - Queen Esther saves her  people from extermination. The most important verse in the book of Esther is 4:14 quoting Mordecai: "For if you remain silent at this time, relief and deliverance for the Jews will arise from another place, but you and your father’s family will perish. And who knows but that you have come to your royal position for such a time as this?”  The holiday of Purim is now celebrated on the 14th and 15th of Adar. 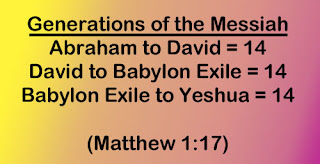 14 is the time calculation between Abraham and the Messiah. There were exactly 14 generations between each. (when calculated by Mary's lineage). 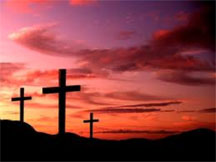 14th of Aviv (Nisan) 30 AD -  Jesus Christ was crucified at the age of 33. This fulfilled numerous prophecies regarding the Messiah's first visit. 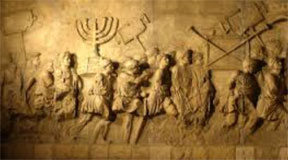 14th of April 70 AD - The Roman legion led by Titus sacked the city of Jerusalem and burned the temple to the ground such that "no stone was left upon another". 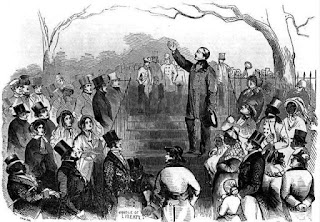 14th of April 1775 - The first abolition society in North America is established by the Quakers. 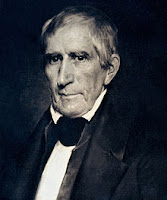 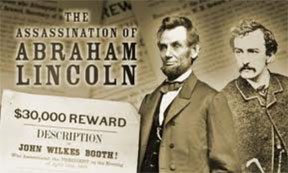 14th of April 1865 - President Lincoln was shot in the head and died the next morning. Note: 4/14/1865 was Good Friday on the Christian calendar and the first day of Passover on the Jewish calendar. 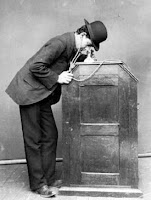 14th of April 1894  –  Thomas Edison's first motion picture house opened in New York City using 10 Kinetoscopes. This is regarded as the birth of the movie industry. 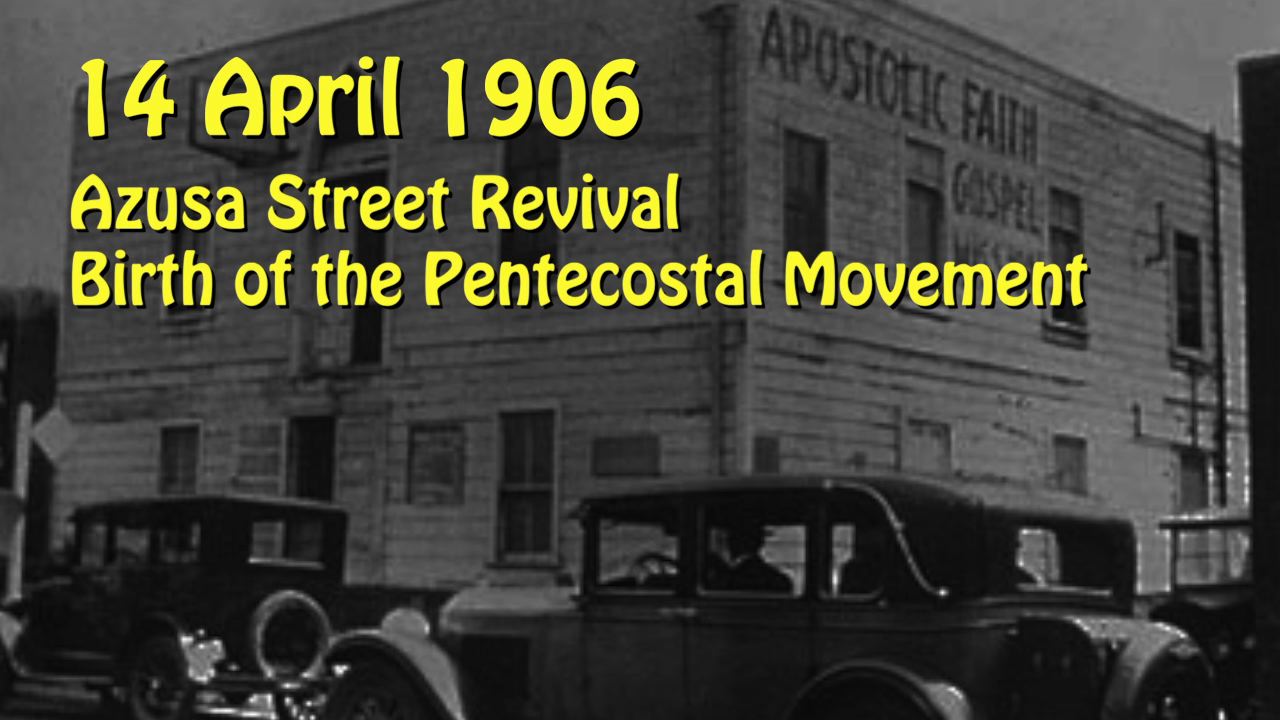 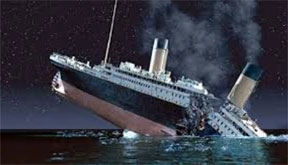 14th of April 1912 -  The Titanic struck an iceberg and sank with 1516 souls lost. The ship broke in two from top to bottom before it sank – something that had never happened to a ship before. This embarrassing fact was not officially accepted and witness testimony of the fact was suppressed until the shipwreck was discovered in 1985, in two pieces. Note: the words Titus (the legion general who sacked Jerusalem) and Titanic come from the same Latin origin. The incident was foretold 14 years earlier in a fictional novel entitled, "Futility or the Wreck of the Titan." 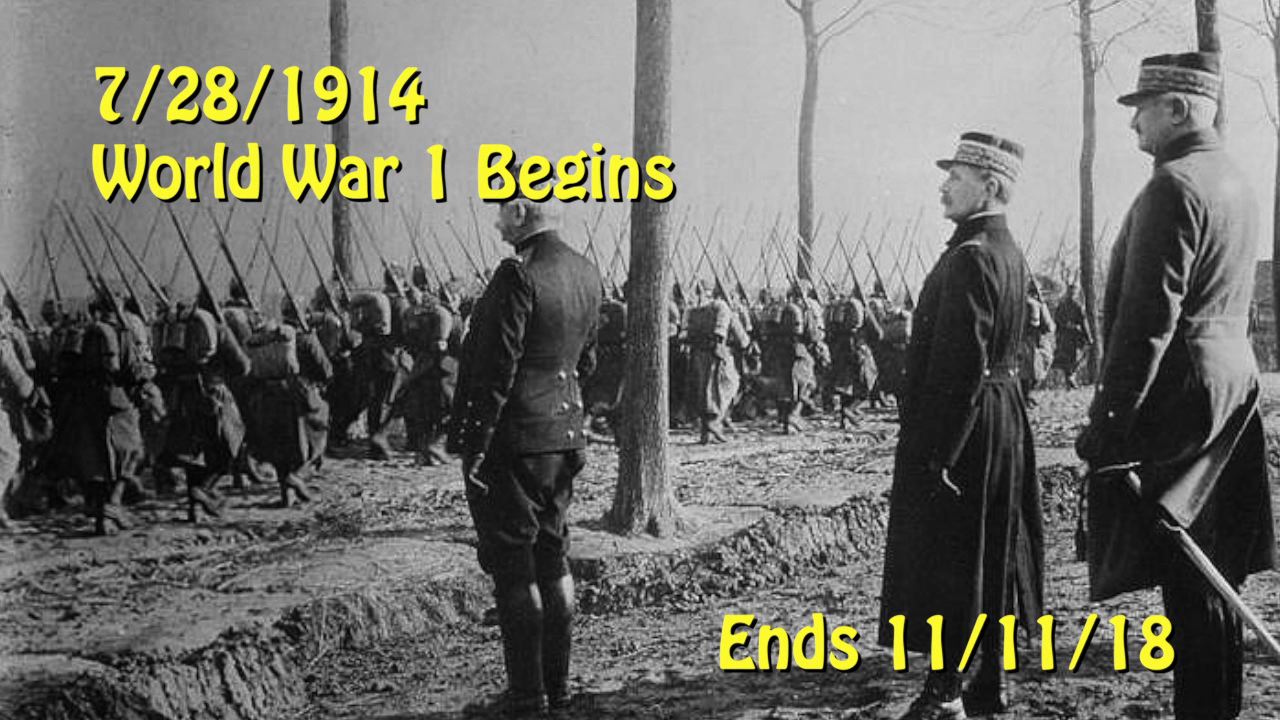 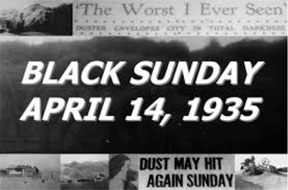 14th of April 1935 - According to two recent PBS documentaries, the years following WW1 were marked by opulence and greed in America. When the market crashed in 1929, there was a domino effect that eventually affected farmers. One of the desperate political measures enacted by the Roosevelt administration was a homestead offer to farmers willing to move to the desolate Oklahoma panhandle and nearby areas. Farmers moved in and started to plow up the natural sod (which was the only thing that kept the earth intact during dry spells & tornado seasons). Initially, farms were very successful so they planted more and more each year until the bottom dropped out of the wheat market from over-production.  That’s when the rain stopped and tornado season became deadly. The resulting dust storms created a suffocating burial scene for livestock which died where they stood and people who died in their beds. The worst dust storm on record was Black Sunday which swept dust all the way from Oklahoma to Washington DC. Only when Roosevelt witnessed the dust on his own desk did he admit the gravity of the mess he had created.

14th of April 1939  – The Grapes of Wrath is first published. The title comes from the Bible in Revelation 14:14-20 and details the experiences of a dust bowl family leaving Oklahoma.


4th of April 1968
Martin Luther King Jr. is assassinated in Memphis, TN in the midst of ongoing efforts to peacefully end segregation and achieve true and equal civil rights for black citizens.

"Houston, we have a problem." The Apollo 13 lunar mission experienced an oxygen tank explosion on this day.

The lunar year is 14 months long or 414 days. Super moons are 14% bigger than micro moons. The moon's size and distance from the sun make for perfect solar eclipses on earth because the moon is 400x smaller than the sun but the sun is 400x farther away. The 14th verse in the Bible tells us that God created the sun, moon and stars to enable us to keep track of time. Mankind has always measured time by the motion of the heavenly bodies.
Proverbs 19:1-4  "The heavens declare the glory of God; the skies proclaim the work of his hands. Day after day they pour forth speech; night after night they reveal knowledge. They have no speech, they use no words; no sound is heard from them. Yet their voice goes out into all the earth, their words to the end of the world." 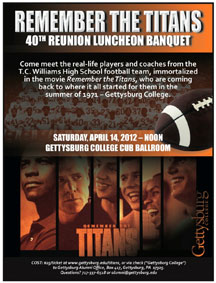 The 2000 movie “Remember the Titans” was based on the real life events of a 1971 integrated Black/White high school football team in Alexandria, Virginia. The team held a 40th reunion event on 4/14/12 (see picture). 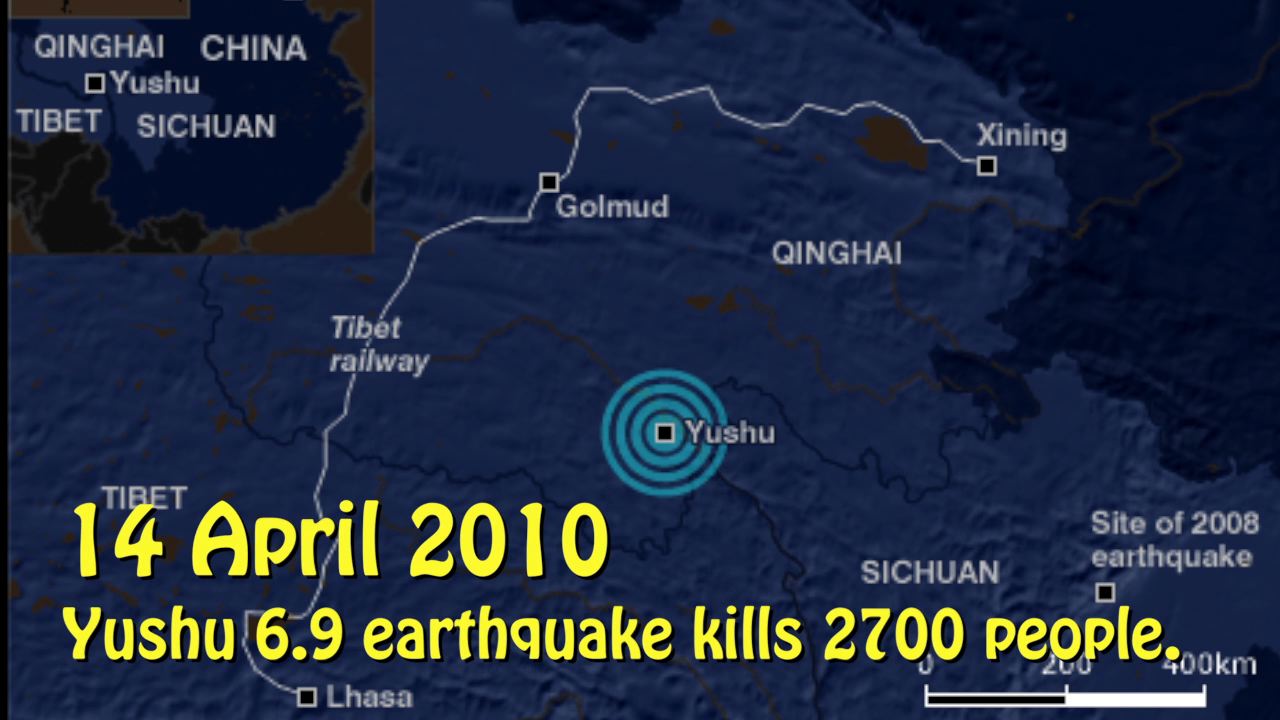 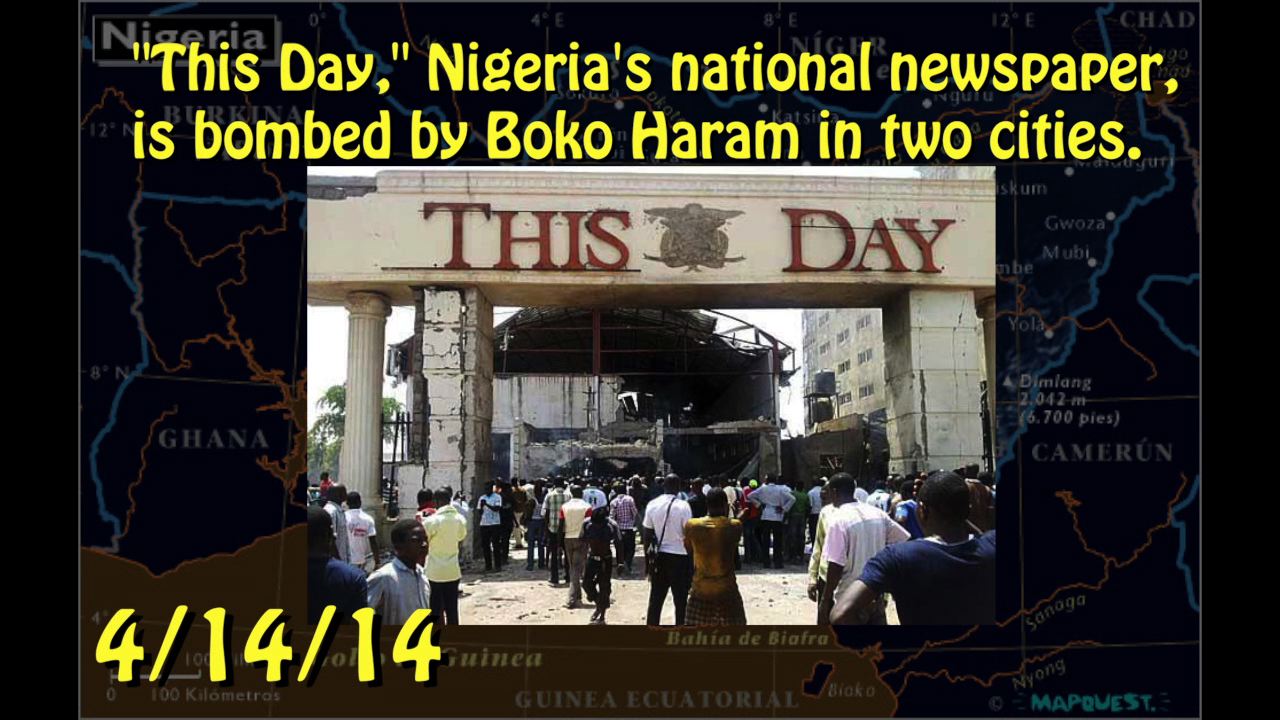 This was the first time since the Lincoln assassination that April 14th and Aviv 14 landed on the same day. There was also a Total Lunar Eclipse visible from America that night - a cosmic passover.  Boko Haram set off two bombs during the day and kidnapped about 300 girls from a Christian school that same night.  Look at the longitude & latitude of Nigeria. 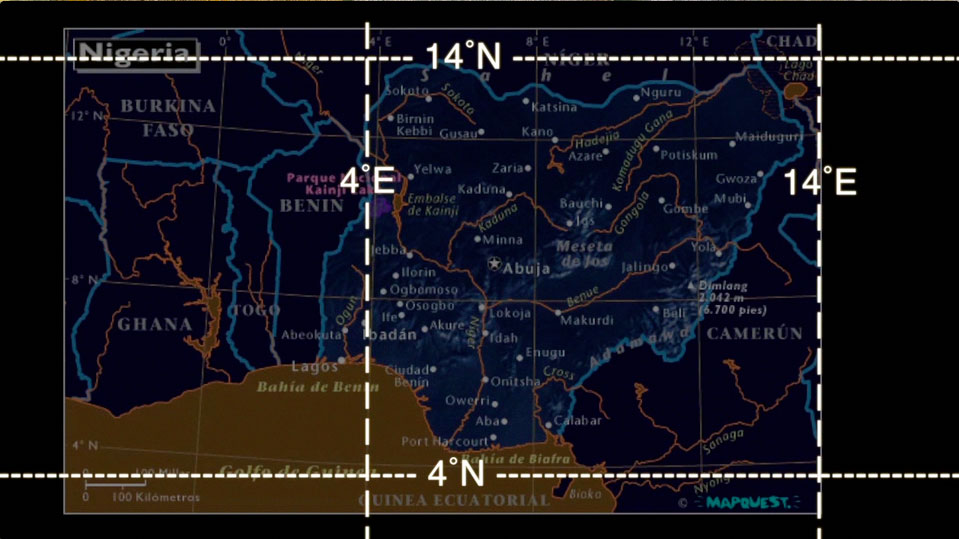 It seems like the Fortean Society would be interested in this sort of thing.  Especially given the coincidence of their name.

Now, take the "red pill" and watch the videos.  They are informative.


Posted by The Lady of Shalott at 6:06 PM No comments: